Cunningham is fresh off the heels of a successful 2021, having opened for Harry Styles at his sold-out Madison Square Garden shows, toured with the likes of Andrew Bird, Bahamas and My Morning Jacket, and joined the touring band for “Live from Here.” She performed on “The Late Late Show with James Corden” and “The Late Show with Stephen Colbert” (alongside Courtney Marie Andrews) and penned an original song “Broken Harvest” for the NPR “Morning Edition” Song Project.

Her forthcoming album Revealer finds Cunningham working once again with longtime producer and collaborator Tyler Chester, as well as Mike Elizondo (Fiona Apple, Regina Spektor, Mastodon) and Tucker Martine (Neko Case, Sufjan Stevens). The album is full of confessions, intimations, and hard truths — a self-portrait of a young artist who is full of doubt and uncertainty, yet bursting with exciting ideas about music and life. “There’s a sense of conflict about revealing anything about yourself; not just what to reveal, but whether you should reveal anything at all,” Cunningham explains. “This record is a product of me trying to find myself and my interests again. I felt like somewhere along the way I had lost the big picture of my own life.”

This show is at The Howard 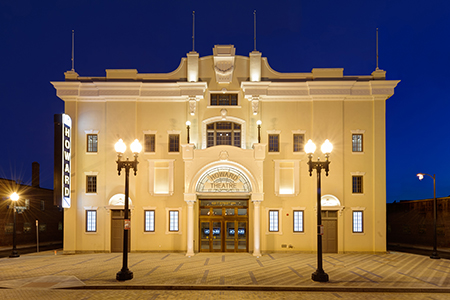