Joshua Bassett may sing, write, act, and play multiple instruments, but he humbly identifies himself as “just a kid from San Diego who loves music.” Long before starring in a Disney+ original series, generating millions of streams, and garnering widespread acclaim, he grew up surrounded by music in Oceanside, CA. He played drums in church, taught himself ukulele, guitar, and piano, and wrote his first song for his homecoming date at 15. In addition to being homeschooled alongside his five sisters, he strengthened his voice in local theater productions. Bassett landed the lead role of Ricky in High School Musical: The Musical: The Series in 2019 and soon thereafter signed with Warner Records, unveiling his solo debut “Common Sense” in 2020. That laid the foundation for his blockbuster 2021, which brought his self-titled debut EP, viral hit “Feel Something,” and “Crisis / Secret / Set Me Free” — a trio of emotional tracks that raised money for mental health organizations including a donation of $20K from Bassett himself. Those releases lifted his total global streams to more than 280M. His winning ways continue in 2022 with the release of “Doppelgänger,” his feature film debut Better Nate Than Ever, as well as the announcement of his first headlining tour, which takes him across North America and Europe.

Lindsey Lomis may be a singer, songwriter, performer, and dog-mom, but she most endeavors to be a friend. The 19-year-old Nashville artist relates with a familial intimacy as she unpacks her experiences through eloquent lyricism and artful instrumentation rooted in jazz-y delivery and uplifted by pop palatability. Such honesty has enabled her to build an unshakable bond with a growing and devoted fan base. At nine-years-old, she embraced music and never let go. After honing her craft for years, she caught the attention of Brandi Carlile with a cover of “That Wasn’t Me,” resulting in a duet on stage with the GRAMMY®  Award-winning star. As her independent EP Chapter I gathered millions of streams powered by “Simple Love” and “String of Lights,” she earned the endorsement of high-profile supporters such as Meghan Trainor, Alessia Cara, Allen Stone, Ryan Tedder, Lennon Stella, AJ Mitchell, Shawn Mendes, Sophie Turner, Joe Jonas, and Justin Bieber who touted her on Instagram Live. Signing to Altadena Records and Warner Records, her 2020 EP In The Madness boasted highlights such as “Feel” and “Slow Motion” [feat. JoJo]. After amassing millions of streams and earning acclaim from OnesToWatch, American Songwriter, and Idolator, to name a few, she connects more than ever on her Daydreaming EP [Altadena Records/Warner Records] introduced by the single “die with my friends.”

This show is at The Fillmore 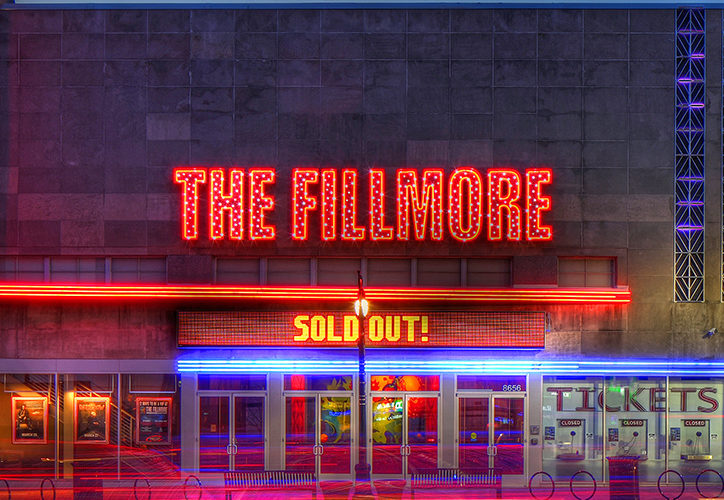