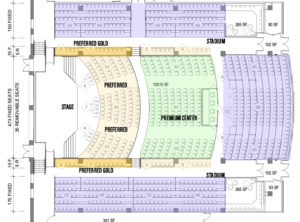 Relaxing jazz vibes with a touch of funk and soul, the lovely Neika Simone is enchanting audiences with her angelic vocals. Heartfelt and emotionally driven, her alluring songs express a range of emotions, exploring universal human concepts like love and heartbreak. Her highly acclaimed EP, Beautiful Moments, has been ascending the charts on SmoothJazz.com while her hit single, “My Door,” has maintained a stable spot at the top of The Urban Influencers list for R&B and Soul. Attracting audiences around the world, Neika Simone is offering her soothing sounds to ease heavy hearts. Neika Simone has learned many lessons about music, life, and love. Although the journey has been difficult and discouraging at times, she is tenacious and her efforts have been well spent. Singer, songwriter, and performer, she is also a music instructor for students of all age groups in chorus, voice, and piano. Teaching is a major part of who Neika is, having done so since her early twenties. With a longing to inspire others, she is sharing advice with students and audiences alike.

One stormy afternoon at the age of eight, Tony discovered smooth jazz on The Weather Channel’s “Local on the 8s.” The catchy melodies during the forecast segments led him to the saxophone and his passions for music and meteorology became inseparable. These interests followed him to Cornell University, where he earned a Bachelor of Science in Atmospheric Science and founded the jazz/soul ensemble “After Six.” Now, he uses his saxophone to usher a breeze of inspiration into the minds and spirits of listeners, blending jazz, gospel and soul — a sound he calls “Cold Front Music.”

Tony’s latest single “Elevation” (feat. Grammy-wining producer/keyboardist Daniel Weatherspoon) is based on his journey of staying grounded on the Solid Rock while climbing towards his God-given destiny. Many of his other releases have landed on Spotify’s jazz editorial playlists, in addition to airing on Sirius XM Watercolors, Music Choice Smooth Jazz, The Weather Channel and more than 70 radio stations worldwide. His 2018 album H2O is produced by Grammy-nominated jazz guitarist Ken Navarro and features Grammy-winning saxophonist Kirk Whalum on a soul stirring offering of “Amazing Grace.”

He has performed the national anthem for the NBA and WNBA, and shared his music at festivals, concert series, jazz clubs, and church worship services throughout the U.S, often joined by his dynamic band “Cold
Front.” He has also shared the stage with award-winning artists Norman Connors, Jean Carne, Ken Navarro, Ben Tankard, Luther Barnes, Kim Jordan, and Kayla Waters. Tony is a Voting Member of the Recording Academy’s DC Grammy Chapter, a proud endorser of the Fiberreed, and an active member of Alpha Phi Alpha Fraternity, Inc., where he was initiated at the Alpha Chapter. He believes his music has nothing to do with him, but rather the gifts with which God has blessed him.

While pursuing his JD and MBA at Georgetown, he independently produced and distributed his first CD (Lessons in Love), which sold more than 40,000 units; a phenomenal success for an unknown independent artist’s debut release. This album helped him launch his career as a renowned jazz keyboardist/pianist, and later, he released his second CD (Inter Alia), with staggering success

To date, Marcus has released more than fifteen Billboard charted CDs, and has the distinction of having his groundbreaking 2008 Billboard Top 20 Contemporary Jazz FLO (For the Love Of) Anthology, which consisted of three distinct CDs — FLO Chill, FLO Romance and FLO Standards – all chart Top 10 on Billboard Contemporary Jazz Charts simultaneously. The release of Poetically Justified (2009) and This is How I Rock (2011), which were Top 20 Contemporary Jazz CDs, solidified Marcus Johnson as the heir apparent to the funky urban groove music style and sound made famous by legendary jazz greats, George Duke and Herbie Hancock.

This show is at Capital Turnaround