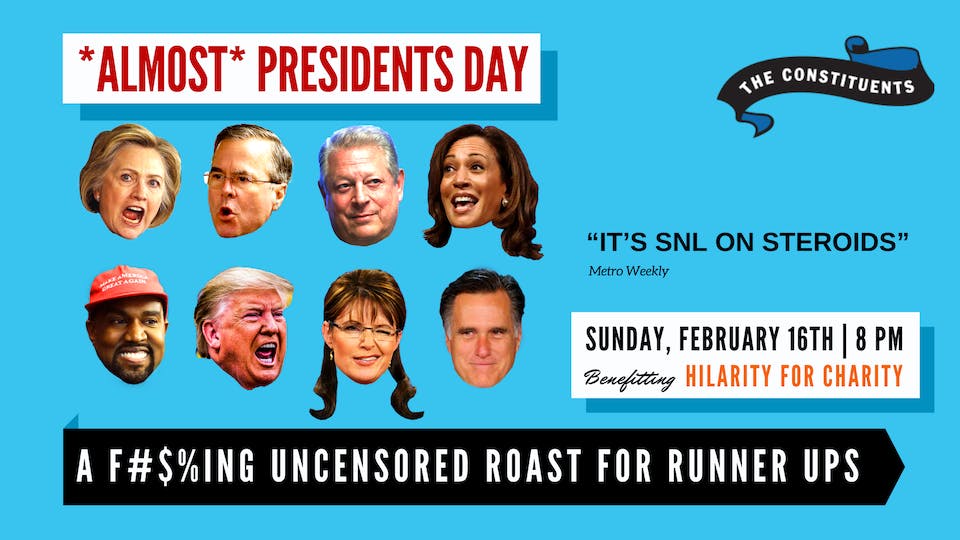 DC’s uncensored political comedy troupe, The Constituents, return to Union Stage with a hilarious comedy roast that will bring the house down with impeachable offenses. Described as “Saturday Night Live on steroids,” some of the District’s best comedians will transform into Hillary Clinton, Mitt Romney, Al Gore, Kamala Harris, Sarah Palin, and more. The Don himself will sit as roastmaster for this celebration of *Almost* Presidents Day.

All proceeds from this event will be donated to Hilarity for Charity, Seth and Lauren Rogen’s Alzheimer’s non-profit.

The Constituents have quickly built a name for themselves and a passionate local following since they burst onto the scene in 2019. Praised by The Washington Post, Washingtonian, and Metro Weekly for a “bipartisan skewering that takes liberties and serves justice for all.”