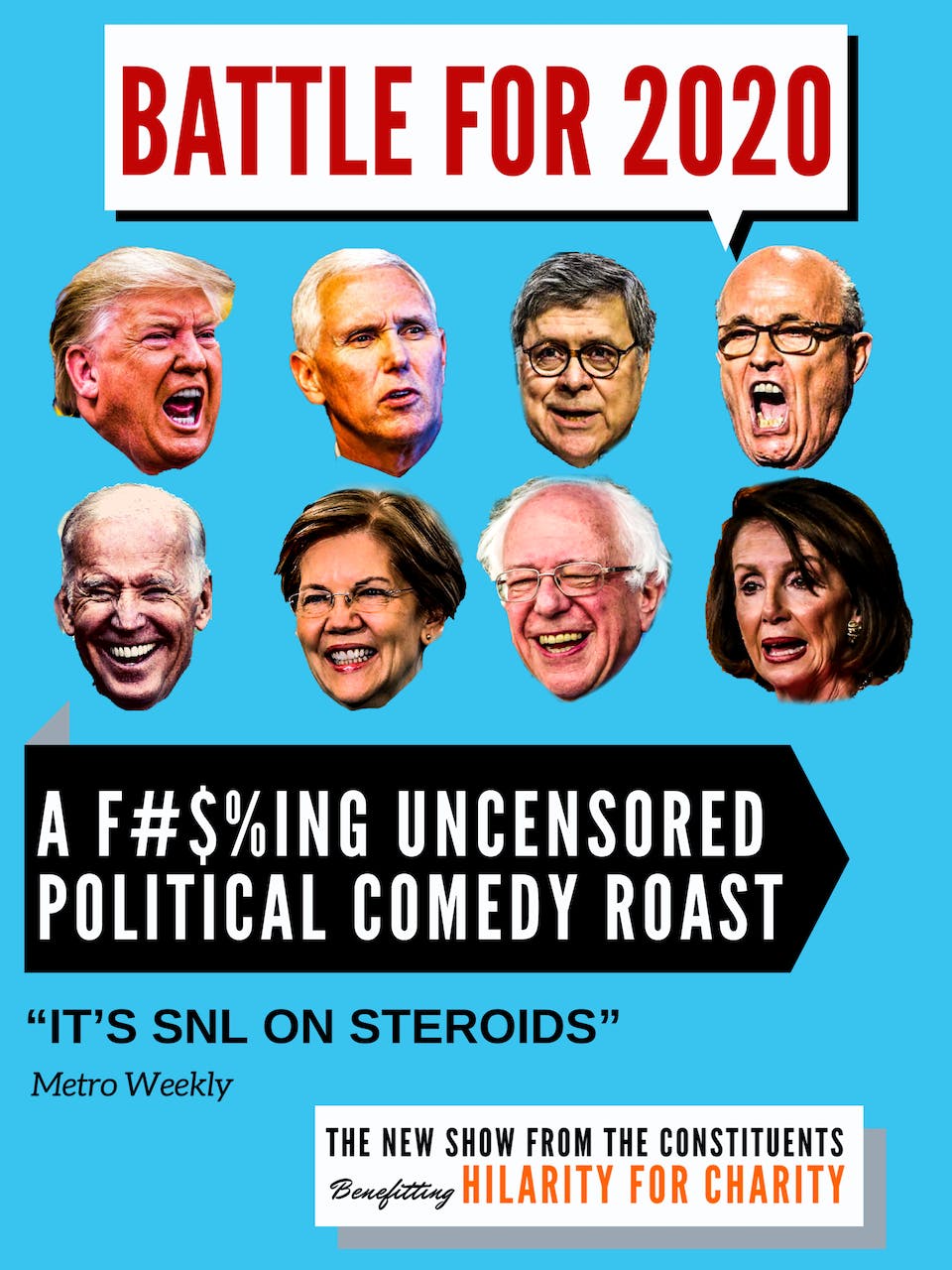 The Constituents - Battle for 2020

DC’s uncensored political comedy troupe, The Constituents, will return with a hilarious comedy roast that will bring the house down with impeachable offenses. Described as “Saturday Night Live on steroids,” some of the District’s best comedians will transform into Trump, Bernie, Pence, Biden, and others for a wild show where anything goes.

All proceeds from this event will be donated to Hilarity for Charity, Seth and Lauren Rogen’s Alzheimer’s non-profit.

The Constituents have quickly built a name for themselves and a passionate local following since they burst onto the scene in 2019. Praised by The Washington Post, Washingtonian, and Metro Weekly, this troupe holds no punches for either side of the aisle.

Sparks will surely fly when this crew takes the stage, and the fireworks are scheduled for Thursday, January 9th, at 8:00 PM. The Wharf’s pristine and state-of-the-art new entertainment venue may never be the same.