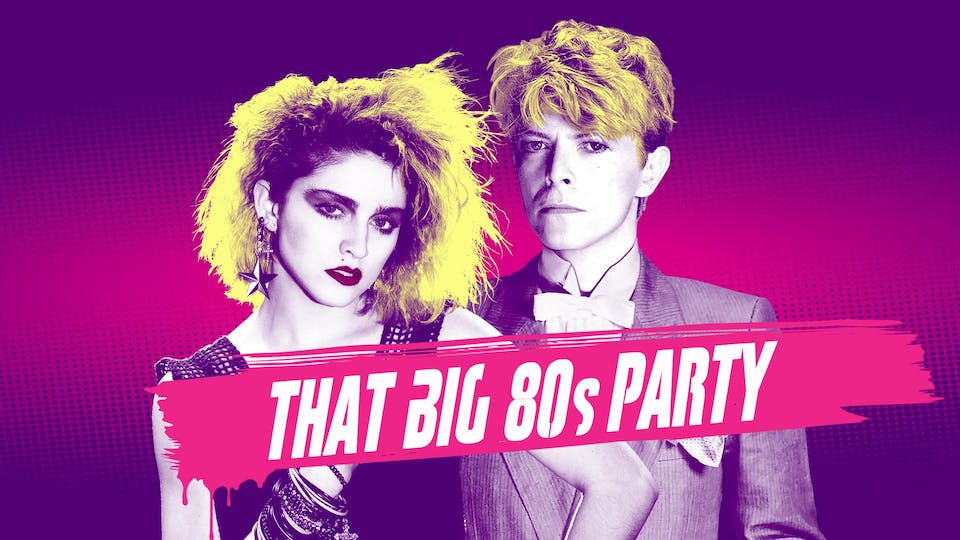 Break out the leg warmers and off-the-shoulder tops, it's time for a

much more. Come by and relive the decade and if you weren't around in

the '80s, come experience what you missed.

some of these artists & bands: Depeche Mode, The Cure, David Bowie,

ABOUT YOUR DJ: DJ Marco has hosted and thrown numerous 80s parties

along the east coast. Aside from providing tons of energy into every

event he does, his musical knowledge and background makes for an

incredible and eclectic mix for That BIG 80s Party. From the crowd

looks to provide the soundtrack for your experience whenever the