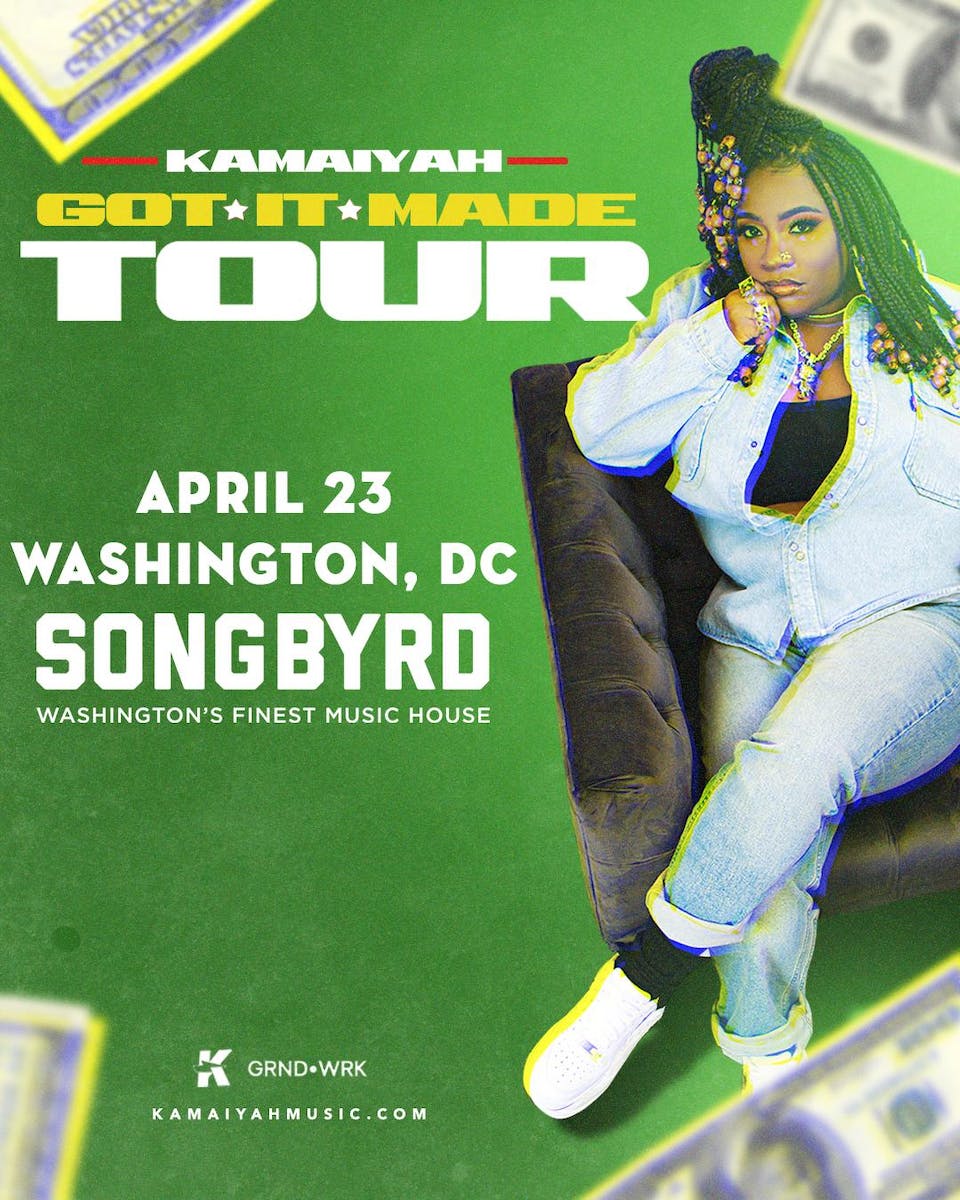 POSTPONED | Songbyrd & Union Stage Present: Kamaiyah - Got It Made Tour

Washington, DC -- Due to circumstances outside of our control, we regret to inform you that this event at Songbyrd has been postponed until further notice. Hang on to your tickets, we’ll email you (and post updates here) as soon as a new date is announced.

Back in 2016, the California rapper Kamaiyah released one of the most exciting debut mixtapes of the year. A Good Night in the Ghetto put the then security guard on the map, with its clear love of 90s hip-hop and R&B: think fluid beats that meld new jack swing and gangsta-funk, topped with a joyful singsong delivery. Kamaiyah quickly became a need-to-know name, appearing alongside Drake on a YG track that same year.

The 27-year-old had intended to put out her debut album around that time, but due to label issues regarding sample clearances, she instead dropped a surprise second tape independently in 2017: the much-lauded, more downbeat Before I Wake, which seemed to vent some of her industry frustrations. Kamaiyah was also listed in the XXL Freshman Class of 2017, an annual namecheck of some of the hottest new names in rap.

A steady stream of tracks followed (including one with Tyga and Quavo), and now Kamaiyah has released a new full-length project, the mixtape Got It Made.

On her new mixtape Got It Made, released independently on her own Grnd.Wrk label after her departure from Interscope, Kamaiyah sounds newly refreshed and self-reliant. Half act of self-care, half immeasurable flex, it places her in the lineage of Oakland mack rappers like Too Short and Dru Down. The tape is a multifaceted consideration of self-sufficiency—escaping the thumb of domineering labels, ignoring bad boyfriends, and confronting haters. As she puts it on “Pressure,” “I love myself, yeah, I trust myself/Don’t need nobody else/I don’t need nobody’s help.”