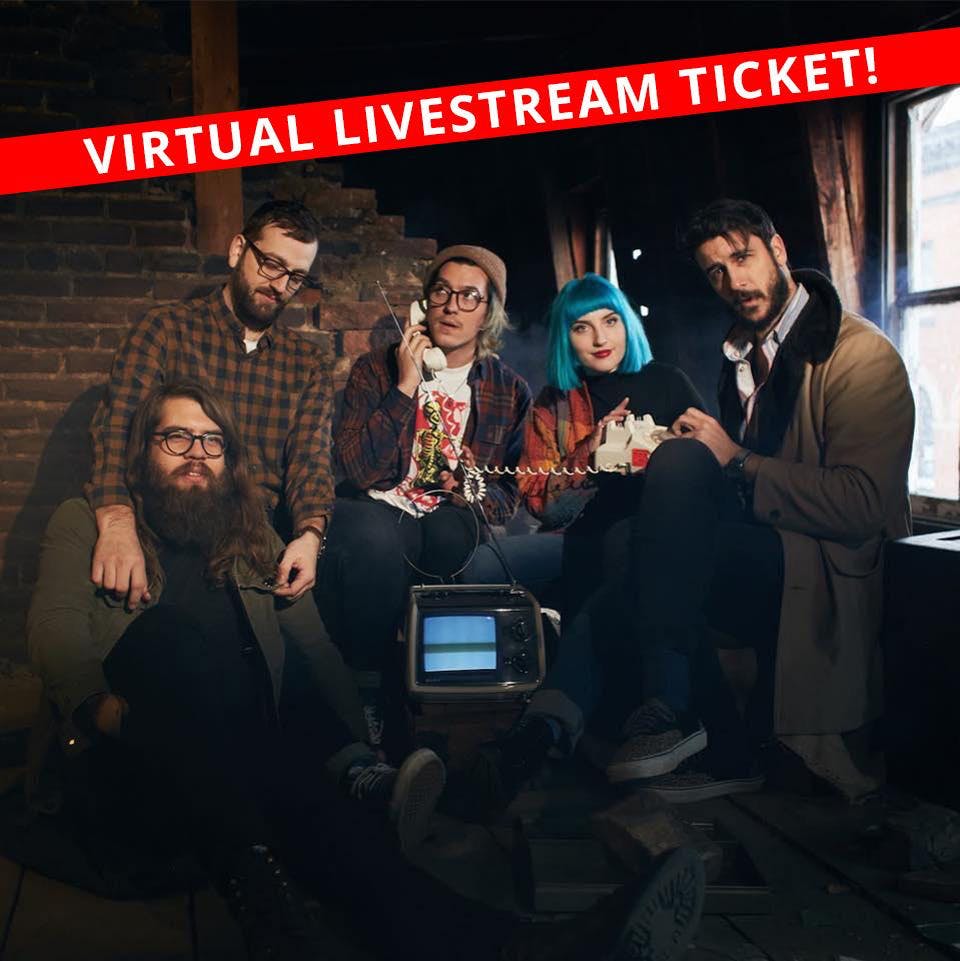 Facebook
Twitter
Email
This ticket is for an exclusive virtual Live Stream of the Kid Brother concert happening at Union Stage on Saturday October 17th.

This ticket is for an exclusive virtual Live Stream of the Kid Brother concert happening at Union Stage on Saturday October 17th. Grab a ticket and watch the big show from the comfort of your home. Via our state-of-the-art streaming partner, Mandolin, you can stream the concert to any screen in your house plus chat with other fans. Turn up the volume, pour a drink, and let’s go!

My Kid Brother rose up out of Leesburg, VA with a singular sound reflective of the city’s small-town intimacy, yet wildly ambitious all at once. The quintet—Christian Neonakis [vocals, guitar], Piano Whitman [keyboard, vocals], Sam Athanas [drums], Dylan Savopolous [guitar], and Richard Smith [bass]—fuse warm piano, wistful psychedelic melodies, off-kilter guitar, wiry grooves, iridescent harmonies, and male-female vocal interplay throughout their self-titled debut EP for Fearless Records, My Kid Brother. As the story goes, Christian and Sam worked together at a local restaurant back in 2015. After meeting Dylan, they began jamming before inviting Richard into the fold. The lineup cemented upon Piano’s addition during October 2018. Beyond music, their bonds even extend to their respective living situations. The friendship took precedence over everything—as evidenced by the mantra “Take Care of Each Other.” Signed to Fearless Records in 2019, they formally introduced themselves on “Native Tongue.” Bluesy distorted guitar seesaws between a steady beat before Christian carries a biting and bold hook building to a punky freak-out and wish to fly back East. On the 2020 single “Daydream,” ethereal keys underscore a sunny chorus, “Let us leave on a ship called LSD,” as the guitar swings towards a wonderfully wobbly strut. Everything paves the way for more music to come from the group in 2020 and beyond.