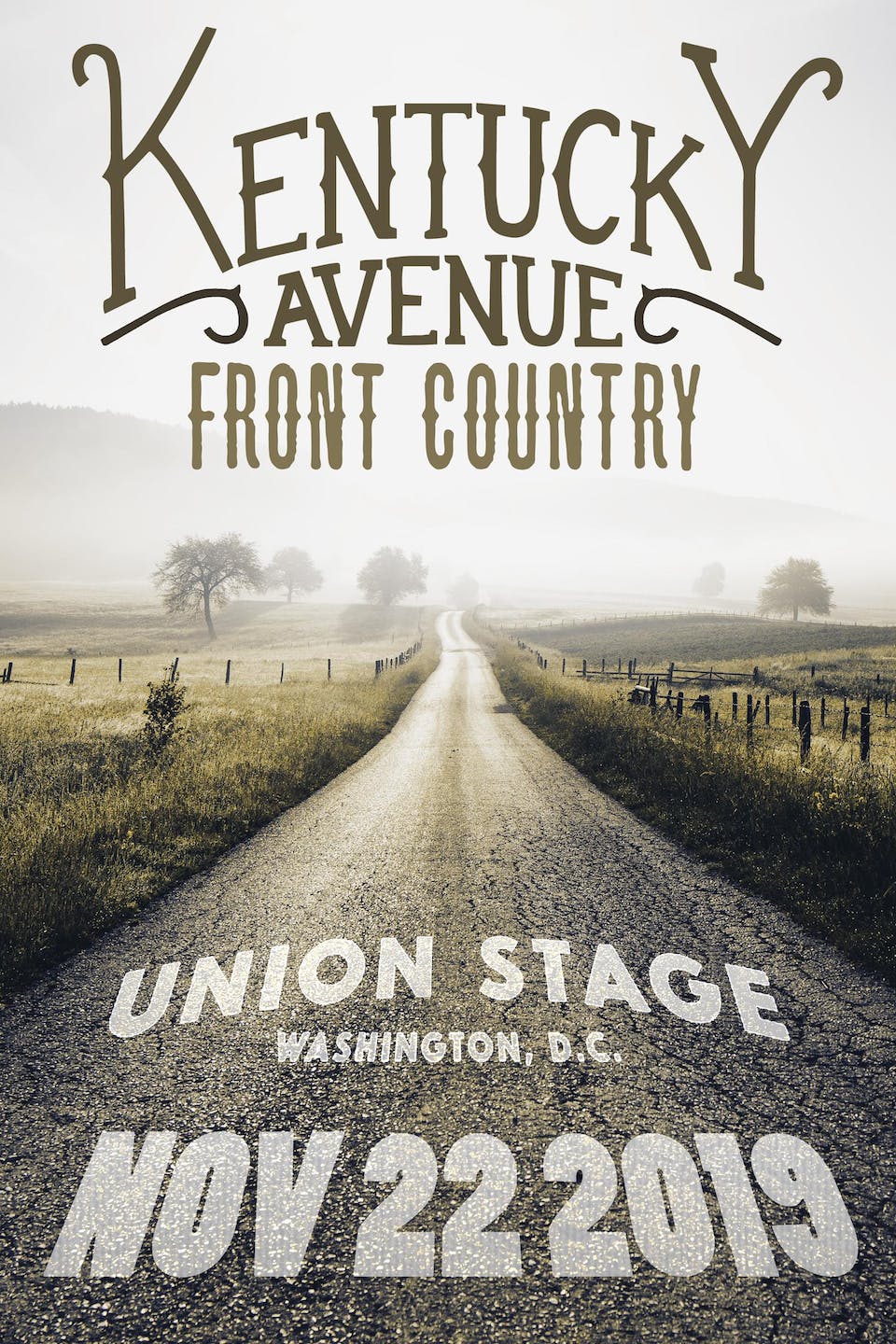 Eighteen years ago, KENTUCKY AVENUE’s Stella Schindler had to move out of the room she had been renting in the DC-metro area when the house was sold to a new owner. Little did Dave Ries, the other founding member of the band, know that when he bought that house on Kentucky Avenue, he was kicking out his future music partner! This funny, fate-filled discovery not only sealed the deal on their band name, but also gave the final nod to their new music project.

Stella and Dave crossed paths when Stella was invited to sit in with Dave’s old band at a music event in the Fall of 2016 at the high school where she teaches English. A few rehearsals in her classroom soon gave way to writing originals, a process that began with sharing their back catalogs of songs they each had written from their past musical lives, but never formally recorded. Dave grew up playing in a litany of college-town hard rock, punk, and metal bands, but more formally began his music career in the Film and TV world, writing and recording original music for indie films, commercials, and broadcast TV. Dave then ran the music business at Discovery channel where he collaborated with the top-talent in the industry and oversaw the musical direction for more shows than one person could ever possibly watch. Stella was also in a couple of blues and rock bands in college, but after graduating, learned to play guitar and entered the singer-songwriter world with her own tunes. She’s been writing and performing songs since the 90s now, having recorded New Horizon in 2001, a folksy, bluegrass-tinged folk album, and then, in 2008, she recorded a more haunting set of alternative country and folk rock songs with Distant Hum. This album earned DIY Top 12 Picks in Performing Songwriter Magazine and gained songwriting attention in the Washington Post and DC’s City Paper.

Flash forward to 2016: Within the first year of working together, KENTUCKY AVENUE self-released its debut CD, Nothing Here Is Mine (2017). Drawing inspiration from the likes of Lucinda Williams, Gillian Welch, Bruce Springsteen, Hank Williams, Loretta Lynn and Jack White, June Carter and Johnny Cash, this album of 12 original songs combines the roots of classic country with a backline of get-up-out-of-your-seat, crank-up-the-volume rock rhythms. At its core is the rich and rootsy blend of Stella’s powerfully poetic vocals and the melodic musings of Dave’s guitar, and when their voices come together, the timeless harmonies provide a poignant backdrop to their lyrics that evoke the idea behind Leonard Cohen’s famous line “there’s a crack in everything/that’s how the light gets in.”

Kentucky Avenue has shared the stage with several tried and true as well as up-and-coming Americana and country artists—Shelby Lynne, Lera Lynn, Marie Miller, Driftwood, and Kasey Tyndall, to name a few. Now joined by upright bass player Greg Watkins and fiddler Michael Taylor, Kentucky Avenue is working on their second album with an anticipated release in early 2020.

In today's crowded musical landscape, it's hard enough to develop a unique and recognizable sound that can set you apart. That done, you face an even greater challenge: What IS this music? Although Front Country has a foundation in traditional music, they are creating their own path and sound with grace, poise, confidence and extreme skill. They call it “roots pop" and its easy to agree with them. In fact you can't deny the infusion of these two sounds.

As you dig in, you might also hear moments that feel like the classic rock of Fleetwood Mac or the Police, as well as the modern country sounds of the Dixie Chicks or Chris Stapleton. This new record features skills - both vocally and instrumentally - of a band seasoned well beyond their years. Front Country is anchored by the pure power and touch of Melody Walker's lead vocal. She brings an attack that has a hint of effortless irreverence while revealing brutal honesty and vulnerability in both singing and songwriting. As exciting a band on stage as they are in the studio, Front Country stands strong and tall in today's American roots music scene.