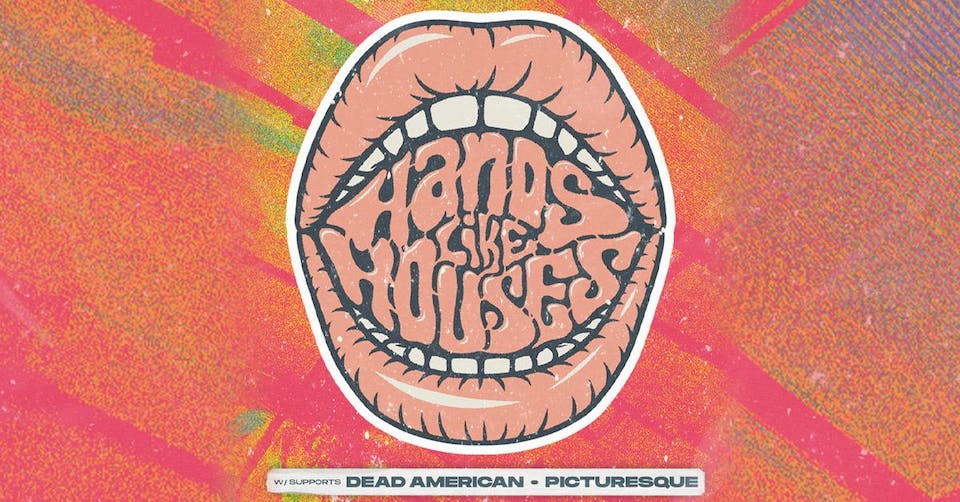 Born and bred in Canberra, Hands Like Houses – comprising of Trenton Woodley (Vocals), Alexander Pearson (Guitar), Matt Cooper (Guitar), Matty Parkitny (Drummer) and Joel Tyrrell (Bass) – are on of the most famous rock exports ever to emerge from the nation’s capital. With over 150k record sales worldwide, over 15 full US tours and 10 UK tours on the book, Hands Like Houses also sold out three back-to-back headline tours across Australia in just two years. Their critically acclaimed third album Dissonants impressively debuted at #7 on the ARIA chart and Top 10 Billboard Independent Albums, Hard Music Albums, Alternative Albums and Rock Albums. Their newest release –Anon. snatching even more praise with their first top 5 Aria charting album with the album swooping in at #4. The Accolades continued over the release as their main single ‘Monster’ was chosen as the official theme song of the WWE Super Showdown, which was held at the MCG.

During their decade together, the band spent their time thrilling epic crowds at home, playing packed arenas with Bring Me The Horizon & A Day To Remember, and as one of the headliners on UNIFY 2018: Meanwhile, on the other side of the world, Hands Like Houses have played to tens of thousands of people across Download Festival, Rock On The Range, Carolina Rebellion and Northern Invasion, alongside legendary acts The Red Hot Chili Peppers, Deftones, Alica Cooper and Disturbed.