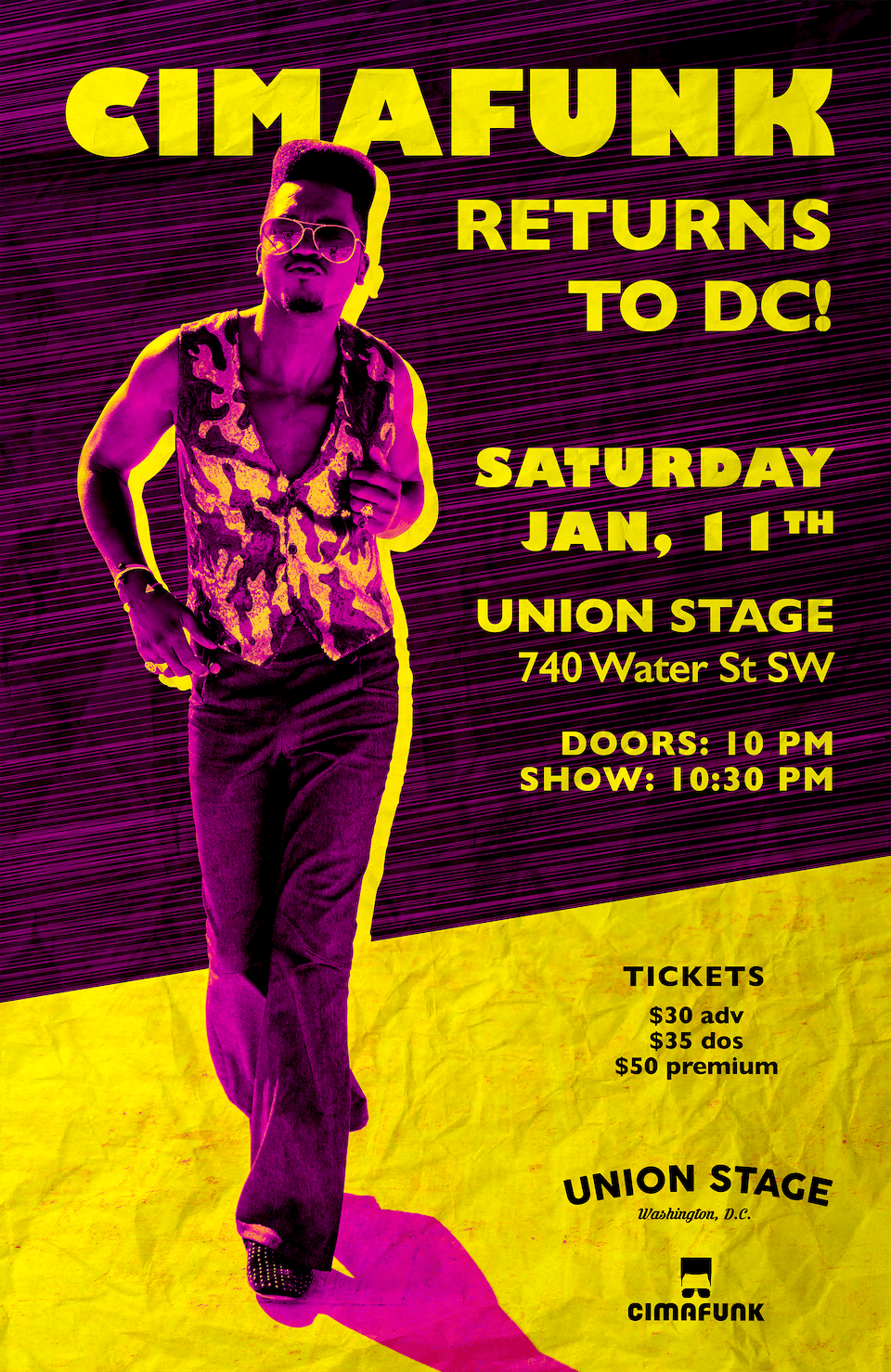 Cimafunk made his international debut (with a bang!) in Austin, Texas in March 2019 at the South by Southwest Music Festival, the industry’s premier event. Recently named by Billboard as a “Top 10 Latin Artist to watch in 2019,” the world is lucky to now discover the music that turned Cuba upside down in 2018. Winner of the Lucas Award for most popular music video and named “Artist of the Year” by Vistar Magazine, Cimafunk has created a movement in Havana and throughout the island, selling out venues with thousands of fans excited to dance to the groove of Afro-Cuban Funk. Cimafunk’s name refers to his heritage as a ‘cimarrón,’ Cubans of African descent who resisted and escaped slavery, as well as to the essence of his music that aims to subvert conventional sounds by innovating with rhythms. By bringing out the best in Cuban rhythms and traditions and infusing sounds and styles from Africa and the U.S., Cimafunk has created something unique and special, not only in terms of music but also with the values he stands for. During his first US tour, he sold out venues in Washington, DC, Miami, Chicago, New Orleans, Los Angeles, Brooklyn and Manhattan. He spent the summer touring Mexico and Europe before returning to the US for a performance in New York’s Central Park at SummerStage, followed by three US tour dates with Alejandro Sanz, including a sold out show at Madison Square Garden.

Sat Jun 13 More Info
Union Stage - Private EventsWashington, DC
On Union Stage
Get a FREE LIMITED EDITION t-shirt when you order $75 or more worth of tickets!Click here for details!
+