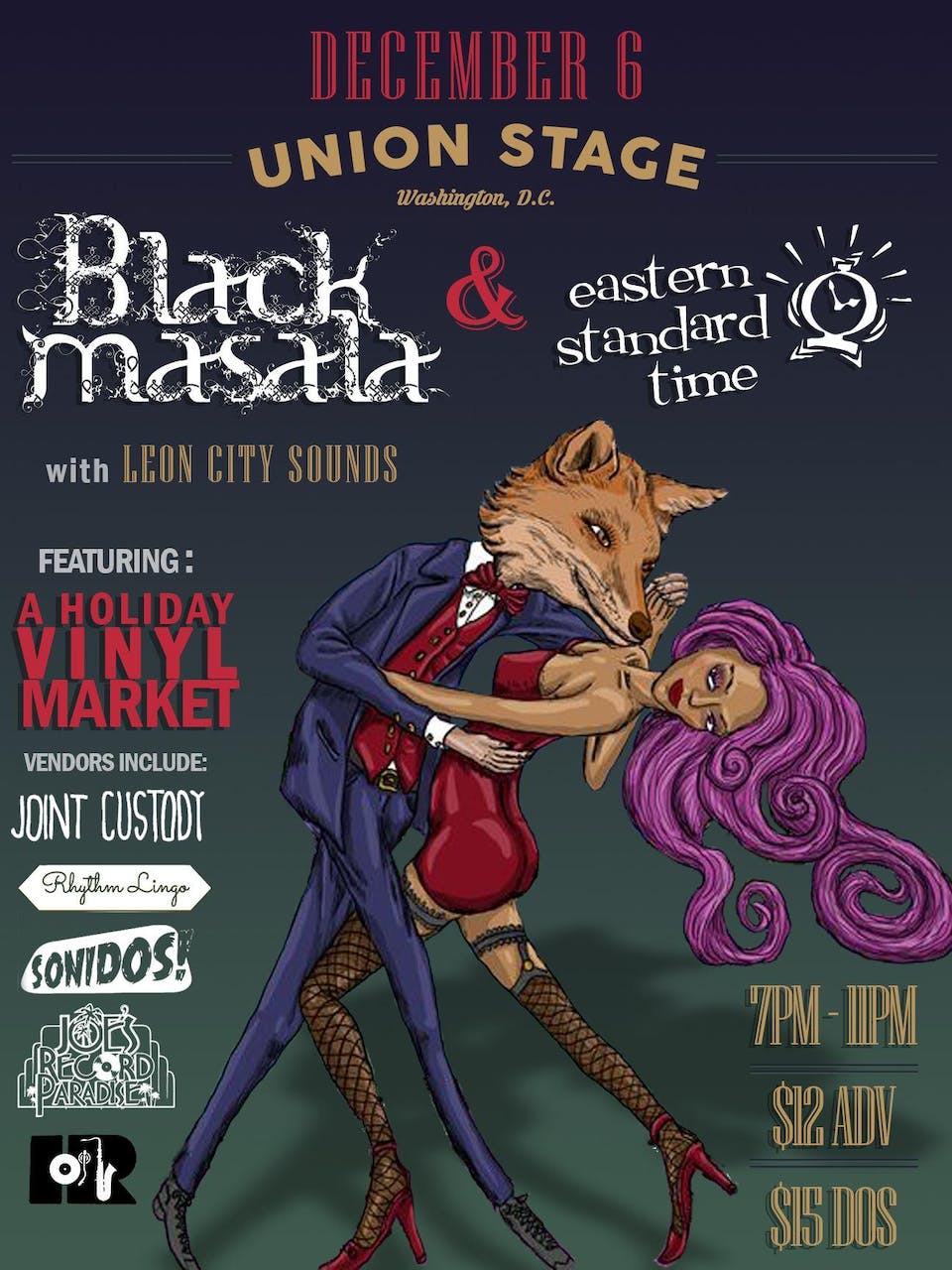 You want to have a good time? You need brass.

This is what DC’s Black Masala blasts to the world, harnessing all the good times sunk in the Romany, second-line, bhangra, and funk horn parts that have gotten huge swaths of the planet up and dancing. With rock drive and a willingness to be as weird and wonderful as the party demands, Black Masala woos fans and new listeners with Trains and Moonlight Destinies, a tribute to the ins and outs of love, fate, and wanderlust.

Put together top musicians from the Jazz and Reggae scenes, give them the recipe for the original Jamaican Ska, throw a dose of Soul in the mix and the result is Eastern Standard Time. From their initial days as a Be Bop influenced Ska-Jazz supergroup, the band has matured over more than two decades, adding Rocksteady, Reggae, Dub, Soul, and even Spy Jazz into their repertoire.

Eastern Standard Time is a world-class act, with dozens of tours of The United States, Canada, and Europe to their credit. They can also lay claim to being the first U.S. band of their genre to tour in Russia.

Claudia (Lima, Peru) and Charles (D.C.) – a.k.a. Leon City Sounds – are two selectors, avid record collectors of Peruvian Cumbia \ Jamaican Ska \ Reggae and radio disc jockeys based in Washington DC. They light up the dance floor with tropical rhythms from all over Latin America and Caribbean.