$5 from every ticket sold will go to DC Safe

We’ve made a pledge to support DC SAFE, and we’re partnering with Union Stage to multiply our impact by donating $5 of every ticket sold and 10% of bar sales that night. So when you buy a ticket and come to the show you’re contributing to the cause, too.

Funk with Soul” band AZTEC SUN has hypnotized the ears and feet of live music lovers since late 2012. No matter the scale of the venue, this Washington DC-based ensemble produces an upbeat and retro groove steeped in 70's Funk and Soul with overtones of Jazz, Afrobeat and Motown-era pop.

What started at DC’s One World Studios as a Funk-Rock 4-piece outfit assembled after a Craigslist ad quickly became a go-to band for live events, house parties and bars throughout the city. Over time, band member departures and new arrivals saw AZTEC SUN evolve into a larger group modeled in the Funk and Soul traditions - with horns, group singing, coordinated outfits and synchronized dance moves. Today, AZTEC SUN performs with a collective mindset, drawing a parallel between the communal nature of music and the community that has grown around the band. Thus, while the performers may vary from show to show, at its core stands a diverse and tightly-knit ensemble with a shared affinity for groove music.

AZTEC SUN’s infectious songwriting, rhythmic versatility and energetic performances have yielded rewards for the group, most notably being named Best Local Original Band by the Washington City Paper in 2016 and 2017 (runner-up). These accolades, along with the group’s reputation as a well-oiled machine, have made AZTEC SUN an ideal local act to pair with internationally touring artists passing through the DMV. To name a few: Galactic Everyone Orchestra (conducted by Matt Butler and featuring members of moe., The Bridge, The Disco Biscuits, Soulive, Furthur, TAB, Snarky Puppy, The Revivalists, Marco Benevento) Lee Fields & The Expressions, Shaun Martin of Snarky Puppy, Burning Spear, The Suffers, The Pimps of Joytime, and Naughty Professor.

To follow their 2016 EP "Set You Free", AZTEC SUN traveled to IronWax Studios in Erving, Massachusetts earlier this year to record their first full length album with Soulive drummer/co-founder Alan Evans at the helm. This record, anticipated for a 2018 release, will be a conduit for the band to continue spreading their feel-good music and an opportunity to paint the feelings behind their “Funk with Soul” mantra. 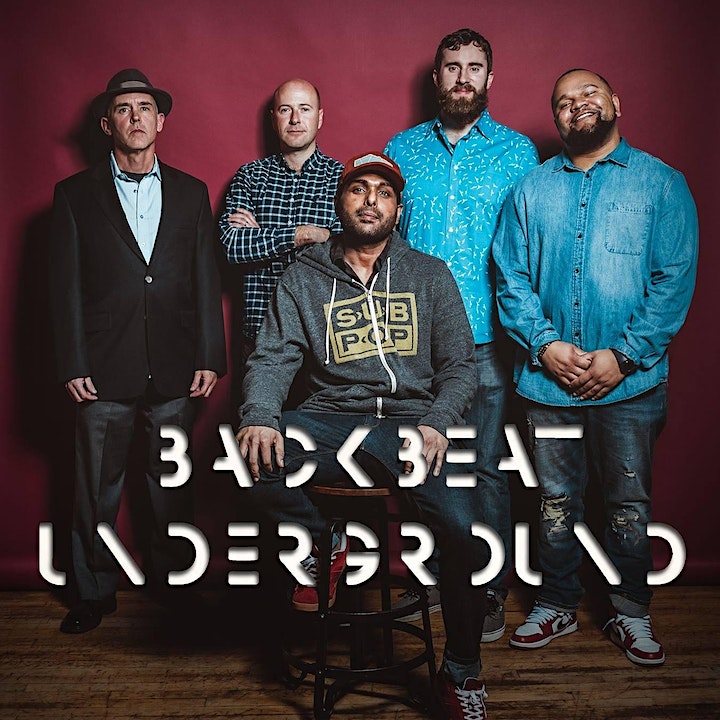 Fort Knox Recordings artist Backbeat Underground hit 2018 with the label premiere of “She Don’t Love Me (Like I Do)” featuring Aaron “Ab” Abernathy - an allegory of strife and social unrest in modern America, told through the lens of a love gone bad. The track feature a five-piece horn section with some Washington’s most in-demand jazz musicians, and an arrangement inspired by classic Stax/Volt releases, all recorded live to tape as a single unit.

The band is proud to have performed at iconic Washington venues like Kennedy Center, the Lincoln Theatre, the Smithsonian, and serve as stewards of the funk at every one of DC’s homegrown Funk Parade festivals.