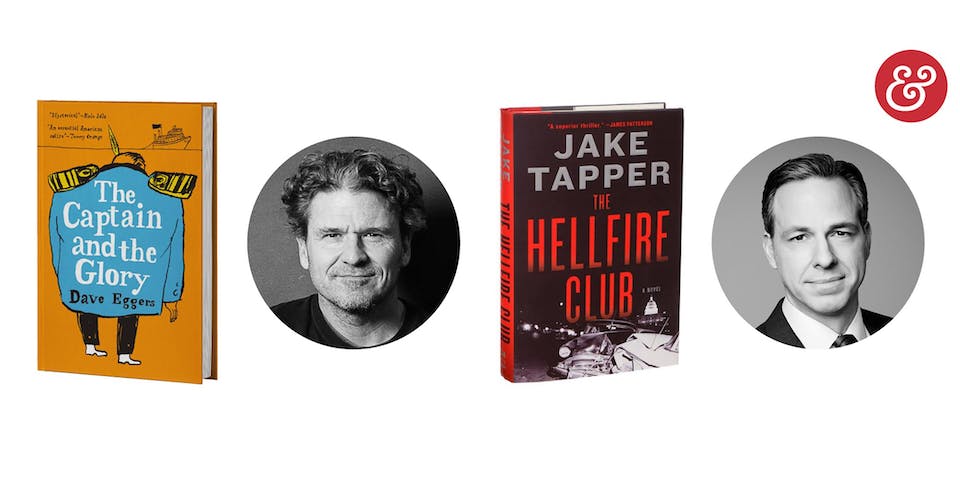 Dave Eggers is the author of twelve books, including The Monk of Mokha; The Circle; Heroes of the Frontier; A Hologram for the King , a finalist for the National Book Award; and What Is the What, a finalist for the National Book Critics Circle Award and winner of Frances Prix Mdicis Etranger. He is the founder of McSweeneys and the cofounder of 826 Valencia, a youth writing center that has inspired similar programs around the world, and of ScholarMatch, which connects donors with students to make college accessible. He is the winner of the Dayton Literary Peace Prize and is the cofounder of Voice of Witness, a book series that illuminates human rights crises through oral history. He is a member of the American Academy of Arts and Letters. His work has been translated into forty-two languages.

CNN anchor and chief Washington correspondent Jake Tapper joined the network in January 2013. Tapper currently anchors a one-hour weekday program, The Lead with Jake Tapper, which debuted in March 2013, and has hosted CNN's Sunday morning show, State of the Union, since June 2015. Tapper imparts his political expertise on State of the Union by conducting interviews with top newsmakers on politics and policy, covering Washington, the country and the world. The Lead covers headlines from around the country and the globe with topics ranging from breaking news in politics and world events, to politics, money, sports, and popular culture.