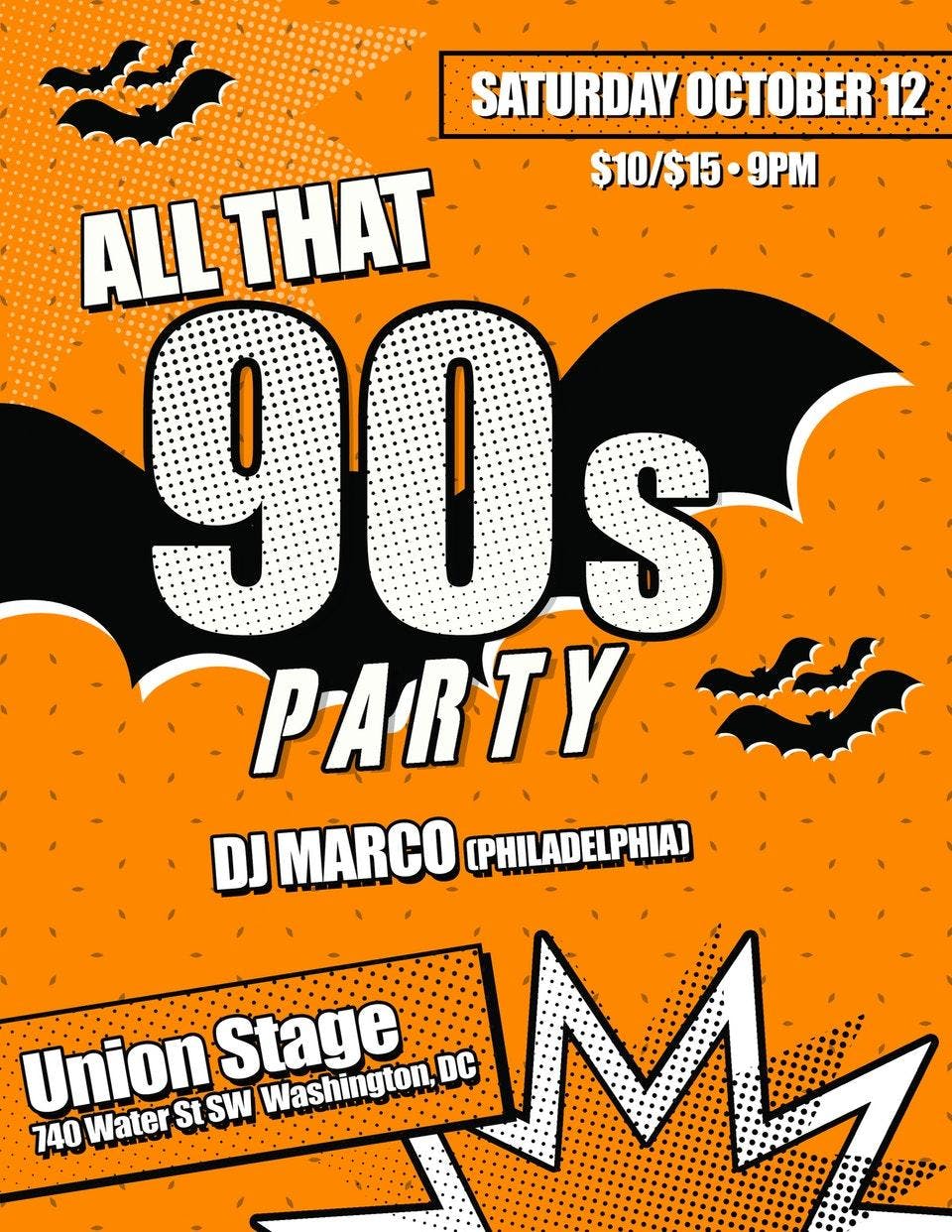 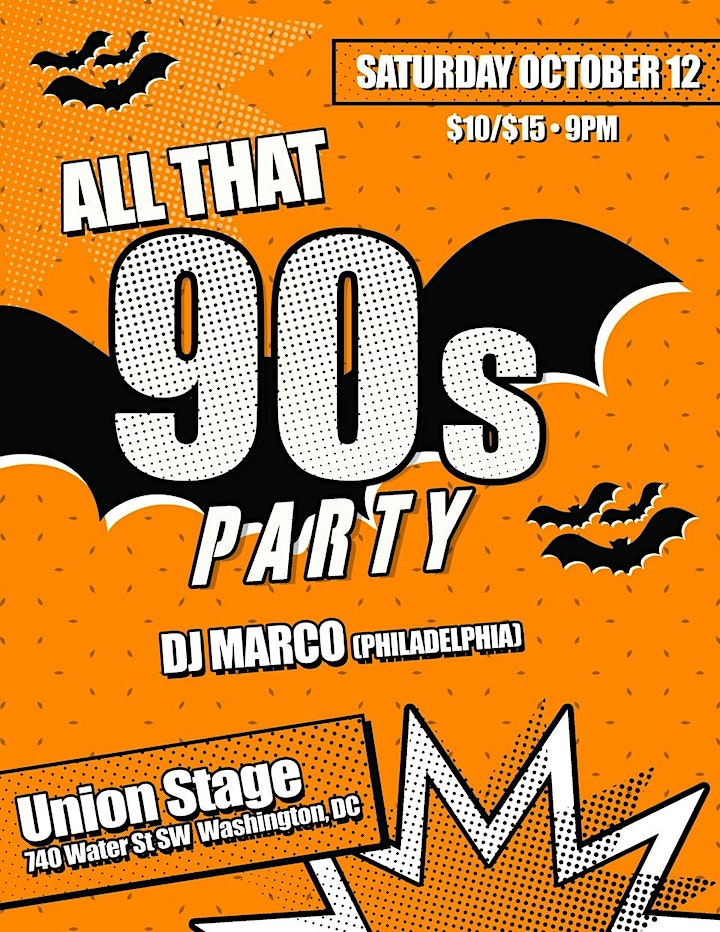 ★ Join us on 10/12 and break down the 90s and reconstruct the decade at Union Stage. Rap, R&B, New Jack Swing, House, Grunge, Alternative, Electronic and Pop music.

DJ Marco has hosted and thrown numerous 90s parties along the east coast. Aside from providing tons of energy into every event he does, his musical knowledge and background makes for an incredible and eclectic mix for All That 90s Party. From the crowd interactions to making musical memories for every party goer, DJ Marco looks to provide the soundtrack for your experience whenever the opportunity presents itself.